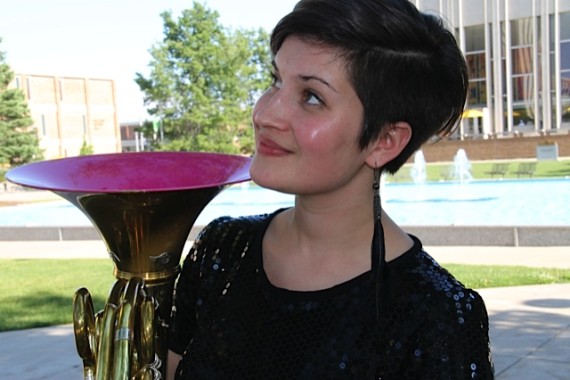 After growing up in Seattle, Washington, hornist Danielle Kuhlmann completed her undergraduate degree with Jerome Ashby at the Juilliard School and pursued graduate studies at Rice University with Bill VerMeulen. She has performed with the New York Philharmonic, and the Houston, Cincinnati, Colorado, and Seattle Symphonies. In 2010, Ms. Kuhlmann co-founded the all-female pop horn quartet Genghis Barbie. An avid interpreter of new music, she is Principal Horn of the American Composers Orchestra, and performs regularly with Metropolis Ensemble and the International Contemporary Ensemble (ICE). In her spare time, she spends time metalsmithing and sings in the Brooklyn based rock band Tatters & Rags.