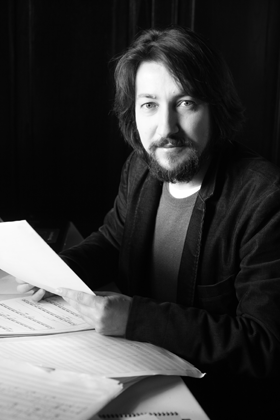 http://gentlemantraveller.com/brunch-bandol-chelsea/?relatedposts=1 Filippo Perocco is a composer, conductor and organist. He is the founder and artistic director of ensemble L’arsenale and its annual Festival based in Treviso (Italy). He writes different works for any kind of instrumentation (often unusual). In his last works he likes to combine conventional instruments with self-home-made instruments, objects, resonators: debris, rubbles, ruins as essential extra-musical elements in his compositional approach. His works are regularly performed and programmed by ensembles and festivals. He holds degree in composition and organ in Venice Conservatory. He studied conducting in Milan and Mainz. He attended Gaudeamus Musik Week (2002), Ferienkurse – Darmstadt (2002 -2004), Acanthes (2007). In 2006 he has been Composer in residence at the European Centre for the Arts “Kunst Forum Hellerau” in Dresden. In 2008 he has been Composer in residenceall’American Academy in Rome. In 2009 he received the Fulbright with an affiliation with Brandeis and Tufts University in Boston.