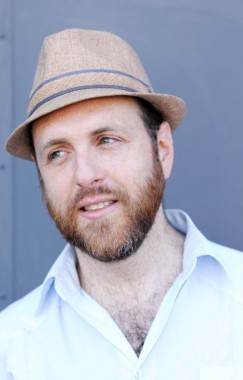 Brian leads the group Bizingas which Ben Ratliff of the New York Times called “one of the best introductions to a new band that I’ve heard lately.” He also performs regularly with the improvising chamber ensemble The Four Bags which has been performing worldwide since 1999.  Brian co-leads the group Drye & Drye with his father and baritone saxophonist, Howard Drye.  Additionally Brian works with fellow bandmate Kirk Knuffke in a Cornet / Trombone duo format.  Brian has recorded for NCM East Records, Cleen Feed and Loyal Label.

In 2008 Brian created Ibeam Brooklyn, a teaching, performance and rehearsal space for professional musicians and students located in the Gowanus area of Brooklyn, NY.   A graduate of the University of Miami (Florida), Brian is currently on staff as a Carnegie Hall Teaching artist and has served as The Director of Jazz Studies at the JCC in Tenafly NJ and as faculty at the CPSM Jazz Program at Queens College.  He has been teaching Piano and Trombone to students of all ages privately as well as theory, composition and improvisation for the past 15 years.