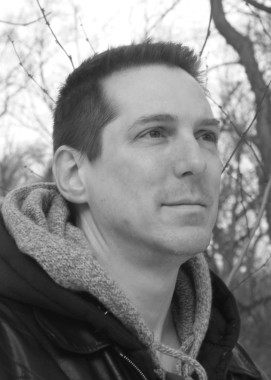 Kevin James is a composer, trombonist, educator and thinker. He’s won some awards and grants and commissions from a goodly number of impressive-sounding organizations. He feels privileged when great musicians play his music and loves to have the chance to sit among great musicians to play his horn. Now and then his music gets played on the radio. Which is cool. He loves to try new things and to work with the human voice in it’s “natural state”. You may know him from recent premieres of works from his Vanishing Languages Project, based on nearly extinct languages from around the world ; or the recent, 100 Waltzes for John Cage; or The Portraits Project, a 90-minute multimedia “opera-lingua” on the theme of homelessness; or his cantata, Sadako: Prayers for Peace. Kevin holds advanced degrees in music performance, philosophy and religion, and music composition from DePauw University and Brooklyn College.