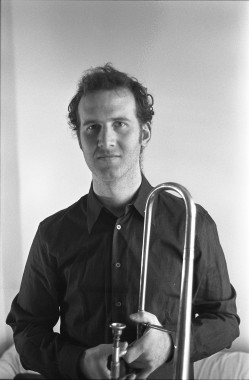 Jacob Garchik, multi-instrumentalist, composer, and arranger, was born in San Francisco and has lived in New York since 1994. At home in a wide variety of styles, he has become a vital part of NYC’s downtown and Brooklyn scene.

Since 2006 Jacob has contributed dozens of arrangements and transcriptions for the Kronos Quartet of music from all over the world. His arrangements were featured on “Floodplain” (2009) and “Rainbow” (2010).

His overdubbed solo cd, The Heavens: The Atheist Gospel Trombone Album, was frequently cited as one of the top ten CDs of 2012.