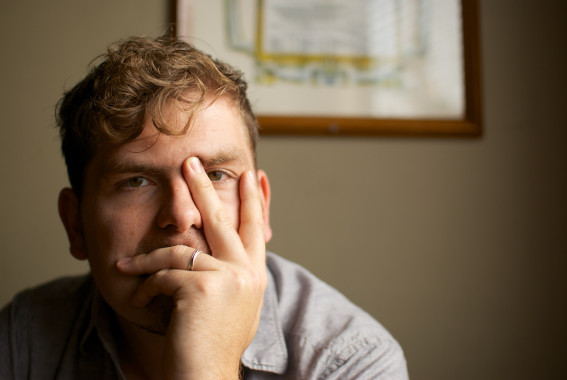 TED HEARNE (b. 1982, Chicago) is a composer, conductor and singer with sensibilities in experimental and traditional music of all shapes and sizes. His Katrina Ballads was awarded the 2009 Gaudeamus Prize, and named one of the best classical albums of 2010 by Time Out Chicago and The Washington Post. Hearne’s diverse projects have paired him with electronic artists Philip White and J.G. Thirlwell, jazz musician Rene Marie, filmmaker Bill Morrison, and the French synthpop band M83, among others. He is a founding member of the composer collective Sleeping Giant, the leader of his independent rock project Delusion Story, and one half of the explosive electronic/vocal duo R WE WHO R WE. Ted has recently conducted the Wet Ink Ensemble, Ensemble Pamplemousse, International Contemporary Ensemble (ICE), and Red Light New Music. Recent and upcoming commissions include works for Los Angeles Philharmonic, eighth blackbird, A Far Cry, European Contemporary Orchestra, The Crossing, Ensemble Klang, and a new work for the Brooklyn Philharmonic and hiphop legend Erykah Badu. For more, visit www.tedhearne.com.