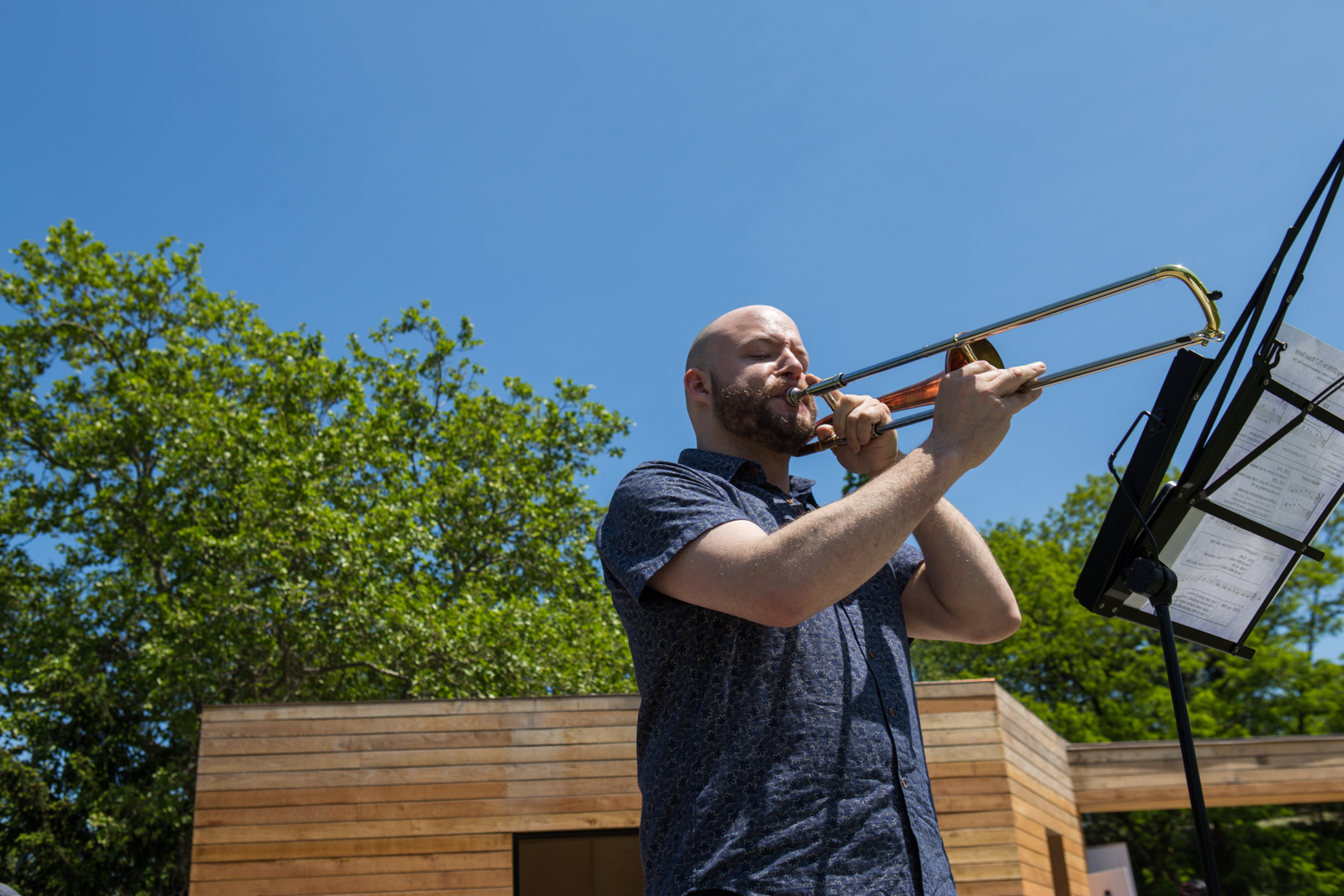 Tim Leopold is a trumpeter and creative musician based in New York City. He is known to be highly adept in a wide variety of styles from written to improvisational. Propelled by the demands of a varied career, Tim often explores sound manipulation and the physical approach to stretch his abilities.

Tim is a frequent collaborator with living composers, internationally premiering solo and chamber works. Many of these works can be heard on the dozens of albums he has recorded for Innova, Nonesuch, TZADIK, Masterworks Broadway, 8bells, New World Records and several independent labels.

A prominent chamber musician, he is a member of Alarm Will Sound, The Atlantic Brass Quintet, Meridian Arts Ensemble, Nu Deco and Tilt Brass. His work with these ensembles and others have led Tim to perform on numerous stages worldwide including Carnegie Hall, Tanglewood, Radio City Music Hall, and The Ravinia Festival.

Equally adept in a commercial setting, he has been a part of dozens of Broadway productions, has performed in New York City clubs and for radio and television. Tim lives in Brooklyn with his multitalented partner Kristin and their adorable dog Charleigh