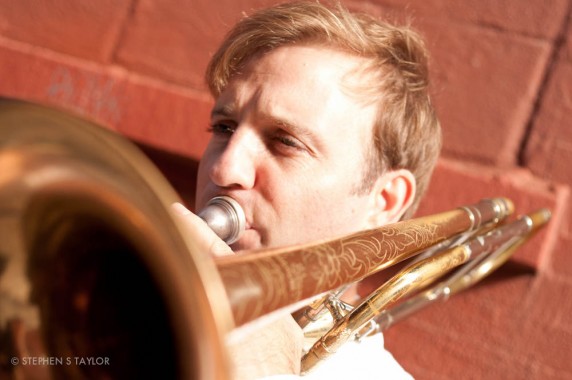 TILT Brass Director and Co-founder Christopher McIntyre’s primary artistic activity is performing on trombone and electronics in various musical contexts (from improvisative to interpretive) within the protean NYC community. He frequently performs in groups such as the Either/Or, SEM and Talea Ensembles, among many others. His work is included on recordings released by the Tzadik, New World, Mode, Experimental Intermedia, POTTR, and Non-Site labels.

McIntyre is also active as a curator and concert producer. In addition to setting TILT Brass’ artistic direction, he regularly programs concerts for Either/Or and collaborates on independent projects with venues including Issue Project Room, The Kitchen, Guggenheim Museum, and The Stone (June 2007). From 2007 to 2010 he was Artistic Director of MATA Festival. He teaches contemporary brass chamber music at Mannes School of Music at The New School.